It’s official, like a referee with a whistle. Humboldt State University is now California State Polytechnic University, Humboldt. The institution launched the polytechnic prospectus, a multiyear phased plan, which includes $433 million one-time funding, and $25 million is ongoing funding for the institution starting Jan. 26.

“That $25 million is really to support academic program buildout, recruiting students like yourselves and future students, retention, communicating about our programs, and supporting infrastructure,” said Jenn Capps, provost and vice president of academic affairs, in an Open Forum on Jan. 19.

In that same meeting Capps was able to determine how the one-time funding is being implemented at Cal Poly Humboldt.

“The one time, the $433 million is really about infrastructure: housing, academic buildings, technology, communications, land acquisition, things like that,” said Capps.

There were questions from others about the changes that will be made transitioning to a polytechnic, like the graduate student collective who believe there should be improvements to the prospectus.

“There’s absolutely no intention or purpose behind eliminating something that isn’t, air quoted, polytechnic. All of our academic programs are very important, and we would never seek to eliminate programs based on becoming a polytechnic,” Capps said.

Students fear the idea that the tuition will rise because the institution is now a polytechnic, but Capps said the two don’t correlate.

“Polytechnic designation isn’t connected to how much tuition costs or how much fees cost at our institution. Those decisions are made independent of a designation. Tuition is determined at the system level, so I know there’s been a little worry that if we’re a polytechnic and polytechnic are expensive and that might cause students more money. Those two things are not associated with one another,” Capps said.

Students also wonder what their diploma will say when they graduate from Cal Poly Humboldt during the spring 2022 semester or in the future ahead.

“So, for a couple of years during this transition if you started at the University under HSU you will have the opt in choice if you want to go the old school right, otherwise California State Polytechnic University, Humboldt. The forthcoming class in fall 2022 won’t have that choice because they would have enrolled and started here under that new name,” said Capps.

New hire from the prospectus

“We are adding a second tribal counselor to expand state-wide focus as part of us being a polytechnic,” said Jason Meriwether, vice president of enrollment management, in a Jan. 10 joint interview with Capps.

There being only one hire for a tribal counselor from the polytechnic prospectus is a start. There could be positions added throughout the multi year phased plan that surrounds expanding Traditional Ecological Knowledge at the institution.

“Start in the spring and in fact you’ll probably see the job posted, probably, before your article goes up. We’ve already approved it and everything through the HR process we’re just waiting for it to get moved and get out there. It will be kind of like a higher level position and it will supervise the existing tribal recruiter position,” Meriwether said.

What happens now that we’re a polytechnic?

The logo is being reworked to accommodate the new name change as we speak. All Humboldt State University merch is now deadstock or no longer being made. The mascot change is being evaluated by a branding agency called Simpsonscarborough who have met with groups of students, faculty, staff, alumni, and community leaders since December, according to Kristen Gould, director of marketing.

“A lot of people have started bringing up that question about the mascot and so you can expect some surveys to come into your inbox, hopefully at the beginning of February to mid-february that will kind of dig into that question a little bit,” Gould said.

The Year Two Planning of the multi year plan was revealed in a Jan. 28 zoom meeting, which detailed the revised planning for one-time spending.

As of right now, plans will continue to be refined as the institution goes along and they’re asking for students’ help in the process. Year three plans will be honed in by the end of fall 2022 semester.

If students want to reach out, Capps asks for them to get in contact with the Office of Academic Affairs at Cal Poly Humboldt to share their ideas or interests.

Zoom Personalities: Who do you have in your Zoom class?

ellenadornews
•
Follow
Have you checked out our latest issue? We’ve got stories on - CPH student plans to file complaint against APD -Fuente Nueva Update -New food minor at CPH -Frybread Love -Jams and Jelly from Home -Mixed feelings about CPH J dining AND MUCH MORE! 🔥 Pick up your latest issue at your nearest location 📰 #ellandornews #calpolyhumboldt #humboldtcounty #newestissue
View on Instagram |
1/9

ellenadornews
•
Follow
Our new segment Palabras en la calle, words on the street has dropped! To watch the full length video click on our Linktree in our bio to watch on Youtube. ⏯ What should we ask students next? #elleñador #elleñadornews #calpolyhumboldt #calpolyhumboldtjournalism #journalism #studentjournalists
View on Instagram |
2/9

ellenadornews
•
Follow
Cal Poly Humboldt student intern Kathy Zamora was excessively searched and questioned by APD after a 911 call was made of an armed man sitting in a similar vehicle near Fuente Nueva. Fuente Nueva held a meeting with Zamora, APD chief of police and community members. During the time of the meeting, CPH emailed campus about the incident but it contained inaccurate information. Story by: Ricardo Lara Nava Photo by: Ricardo Lara Nava #ellenadornews #arcata #humboldt #APD
View on Instagram |
3/9 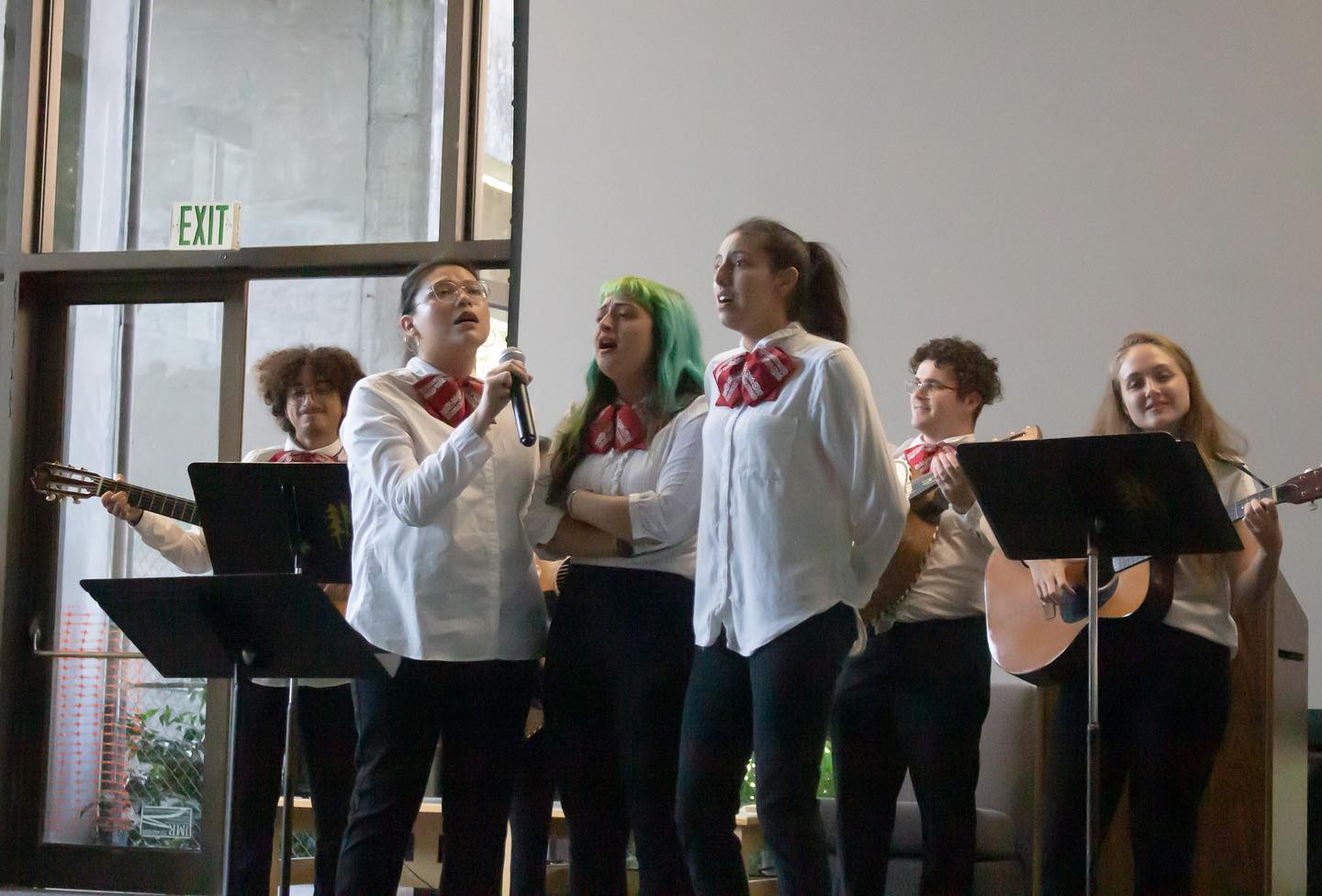 ellenadornews
•
Follow
Students and faculty found community at the Latinx Heritage Month kick-off on Sept. 15. Learn about the festivities, how the event was even made possible and learn about why more events like this matter here in Humboldt County. Story by: Frank Rocha Photo by: Frank Rocha #ellenadornews #calpolyhumboldt #latinx #latino #humboldt
View on Instagram |
6/9

ellenadornews
•
Follow
Roberto Mónico is a new assistant professor this fall in the Department of Critical, Race, Gender and Sexuality Studies. Mónico is dedicated to supporting people who have endured hyper policing and the prison industrial complex. Link is in the bio. Story by: Celeste Sadler Photo by: Celeste Sadler #ellenadornews #CRGS #Arcata #Humboldt #CalPolyHumboldt
View on Instagram |
8/9

ellenadornews
•
Follow
Off-campus housing availability is dwindling three weeks into the semester. CPH is housing upperclassmen at the Comfort Inn for the 2022-2023 academic year. Find out the pros and cons of living at the inn. Link is in our bio. By: Frank Rocha Photo by: Frank Rocha #ellenadornews #offcampushousing #Arcata #CalPolyHumboldt #Eureka
View on Instagram |
9/9